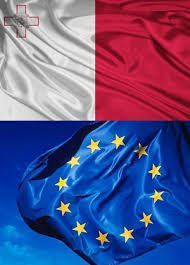 Maltese is an official EU language, This is what it means in practice?

Currently, the EU has eleven official EU languages, although it has fifteen member countries. This is because in the case of Ireland, the English language is used, whereas German, French and Dutch cover the language needs of Luxembourg, Belgium and Austria. Gaelic (Ireland) and Letzebuergesch (Luxembourg) are not official EU languages.

After enlargement the EU will have around twenty official languages, including Maltese. The EU treaties will need to be changed (Article 314) to insert Maltese and the other new official languages of the Union. There are three main implications that result from this.

Firstly, all EU laws and official documents will need to be translated into Maltese. This includes the Official Journal of the European Union which is similar to our Government Gazette.

This point is particularly important because it means that all EU laws that will bind Maltese citizens will be available in a language that we all understand. Being informed and being heard in your own language goes to the very heart of democracy.

There are other practical consequences. For instances, whenever job opportunities with EU institutions arise, these would be open to EU citizens who would need to be able to speak in two or more official EU languages. The fact that Maltese will be regarded as an official EU language means that Maltese citizens applying for such jobs would not be disadvantaged at having their mother tongue disregarded. Instead, Maltese will be counted as a valid language for the selection requirements.

In brief, this is what we mean when we say that Europe is based on "unity within diversity".

However, EU institutions may stipulate in their rules of procedure which of the languages are to be used in specific cases. In practice, on a day-to-day basis the normal working languages that are used say, in the European Commission, are English, French and increasingly, German.

But the above does not mean that there are no difficulties linked with having so many official languages. Or that there is no price to pay.

Quite the contrary. Having as many as twenty or so official EU languages will create several administrative problems that need to be overcome through careful organisation. There will also be practical difficulties that need to be ironed out. For instance, is there anyone who can translate Maltese into Slovene or Estonian into Maltese? Although, Maltese are known to be found everywhere, such people are likely to be scarce.

As a result, new formulas will need to be found, for instance by using relay languages. This means that Maltese would be translated into English and then from English to the other languages � and vice versa.

And it is also quite costly. The EU employs more translators than any other organisation in the world. Currently, the official languages cost the EU budget around two euros (EUR2) per person. This bill will clearly grow after enlargement.

Costs cover the recruitment of translators from each new country to work on translation of documents and simultaneous interpretation during conferences. In a recent document, the Commission estimated that for each new official language, the EU will need 110 extra staff for translation and 40 new interpreters, between permanent and free-lance staff. That also applies for the Maltese language and these recruits will clearly need to be Maltese.

In Malta, ahead of membership, several translators have been engaged locally to translate all EU treaties and laws (acquis communautaire) that exists so far. After membership, translation to and from Maltese will be carried out by the Maltese-language translation department within the EU.